Most nights, we watch one show. For a long time, it was making our way through Buffy—twice. Then Stranger Things—twice. Over the summer, we watched a show on dark tourism and on one street food around the world. Callum, our teenager, watches these with us. It’s our little time to decompress together before we scatter again: me off to read, Matthew to do more work, and Callum to video games.

Recently, we started watching a show on doomsday preppers. Whether preparing for some biblical end times, a cataclysmic pole shift, hurricanes, financial collapse, or myriad other (generally very unlikely) disasters, these people stockpile food, guns, and have “bug out” plans. A large number of people featured on this show are former military or police/emergency responders. I hate armchair analysts, but it seems safe to say that most of these people have some form of OCD, paranoia, anxiety, and PTSD. I say this as a person who has a whole jumble of mental health diagnoses … and is a daily life prepper. 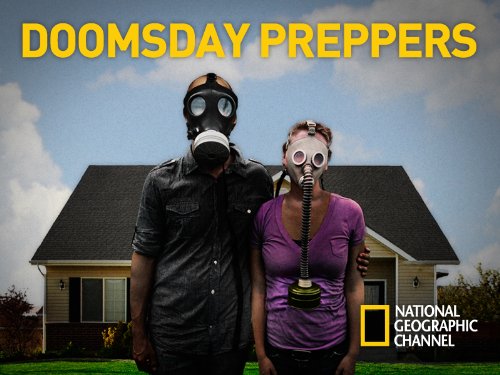 Here’s what I mean: My car is never less than half full. My bills are paid the same day they appear. Laundry never piles up to be anything more than one load can take care of. My house mostly looks like a museum (with the exceptions of Matthew’s office and Callum’s room—I pretend those rooms don’t exist). You will never see a pile waiting to go somewhere. If my to-do list is written out for a week, I will try to get all those things done TODAY. The blog posts I write for Teen Librarian Toolbox are prepared 6-8 weeks in advance. My reviews for School Library Journal are always sent in early. My dogs are never overdue for the vet. We are never down to the last of anything—paper towel, cans of dog food, milk, whatever. I am constantly ready to have some sort of mundane to tragic emergency happen. I have always been like this—thanks, anxiety disorder!—but it’s gotten worse in the years since my dad was killed. 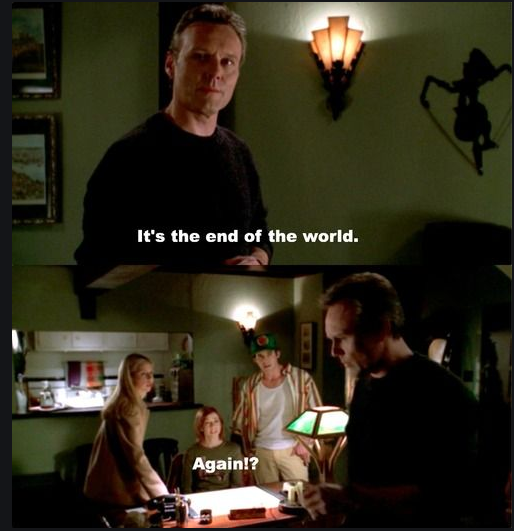 Even living my entire life imagining worst case scenarios didn’t prepare me to find out my dad had been killed in a car accident. We had to abandon a lot of our daily life for weeks, and then eventually months, after this. I remember thinking, but at least I’ve bought all the Christmas presents and wrapped them or mailed them; at least I’d done all the holiday baking. Stupid stuff. Who cares? My brain does. It took 11 months to settle his estate and I constantly thought, thank goodness I’m so organized. Of course, my organization took a turn from (semi)normal to mania, but at least I felt productive.

I would maybe like to be the kind of person who can CHILL THE FUCK OUT about anything. Small stuff, like let a bill sit for a week if it’s not due for a month or be able to sleep even if I know there’s clutter somewhere in the house. As it is, I send myself emails in the middle of the night when I wake up and think of something I NEED to do. I have a paper planner, a list I keep on the kitchen counter (my one concession to “piles”), and write zillions of notes.

I am not preparing for the end of the world. On the show, people keep saying everyone should have a plan for the end of the world. Look, MacGregors are existential nihilists with depression. The end times come, we’re good—goodbye, cruel world. Our plan is we just die. (Don’t send me some worried text. We’re fine. We just know that a zombie invasion or a doomsday scenario means we bug out in our own way. We are indoor folk  with no survival skills and a distaste for humanity on its best day.). I’m preparing for the million small disasters of every day. I’m preparing for my own personal apocalypses. That ranges from being knocked out for two weeks due to the flu to finding myself unable to give a shit about anything other than laying on the floor and staring at my ceiling fans to someone suddenly dying.

I can’t make fun of those people are the show. They aren’t mentally well. I might not be hoarding food or manufacturing my own ammunition, but I am preparing for the many ways some piece of my world may be interrupted, whether that’s a stumbling block or the ground being ripped out from under me. When people comment on my efficiency and organization, I just laugh it off as “how I am,” but really, it’s not necessarily fun. It’s obsession. It’s anxiety. It’s a Type A desire to feel in control. People so severely misunderstand mental illness and what it can look like. My attention to detail is really just my brain letting its worry and mania run rampant.

Side note: Yes, I’m medicated and have been to lots of therapy and am actually doing quite well compared to how my brain sometimes likes to behave. Please don’t send me suggestions for how to stop worrying.

It’s kind of exhausting. I always joke that at least I get a lot done, but really, I might not mind being able to let a little bit go sometimes. How does someone prep for that? Maybe I should make a list.